Rosenstein sought to walk a fine line in his testimony before the Senate Judiciary Committee between defending the findings of Mueller’s team on Russia and agreeing that some in the FBI committed wrongdoing.

“I decided that appointing a special counsel was the best way to complete the investigation appropriately and promote public confidence in its conclusions,” Rosenstein said in his opening statement. “As we now know, the eventual conclusions were that Russians committed crimes seeking to influence the election and Americans did not conspire with them.”

The former No. 2 at the Justice Department, who supervised the Mueller probe that came under constant attack from Trump, will acknowledge the problems with the Foreign Intelligence Surveillance Act warrants obtained on former Trump adviser Carter Page that were documented by the Justice Department inspector general.

“Senators, whenever agents or prosecutors make serious mistakes or engage in misconduct, the Department of Justice must take remedial action. And if existing policies fall short, those policies need to be changed,” Rosenstein said.

The election-year testimony of Trump’s former deputy attorney general, who authorized a special counsel probe into the President, would ordinarily be a major news story, but it’s likely to be overshadowed Wednesday by the
coronavirus pandemic and the protests across the country over the
death of George Floyd.

Still, the FBI’s Russia investigation is likely to be campaign fodder for the general election, as Trump’s campaign and congressional Republicans have turned their attention to former Vice President Joe Biden, Trump’s presumptive 2020 opponent.

Rosenstein’s testimony is the first in a series of hearings that Senate Judiciary Chairman Lindsey Graham, a South Carolina Republican, is planning as part of a probe challenging the origins of the FBI’s investigation into Trump’s team and Russia, known as Crossfire Hurricane, and the Mueller probe, which followed it.

Graham and Senate Homeland Security and Governmental Affairs Chairman Ron Johnson, a Wisconsin Republican who has launched his own committee probe into the FBI’s investigation into Trump’s team, are holding separate votes Thursday that would give them wide-ranging subpoena power for documents and testimony of top Obama administration officials. 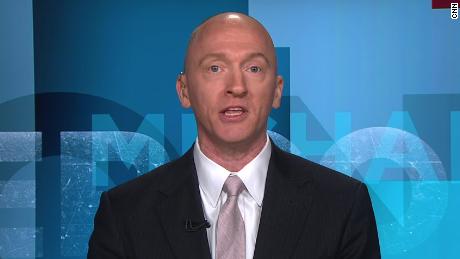 Democrats charge that Republicans should be focused on addressing more important issues, like the Covid-19 pandemic and the nationwide protests over policing, rather than relitigating the Russia probe. But Republicans argue their investigations are necessary in light of the abuses
uncovered by Justice Department Inspector General Michael Horowitz related to the FISA warrants obtained on Page.

Still, Democrats may press Rosenstein, too, about authoring a different memo used to justify the firing of then-FBI Director James Comey, as well as Rosenstein’s role in the Justice Department’s conclusion that there was not sufficient evidence in the Mueller investigation to charge Trump with obstruction of justice.

Republicans are seeking to unravel the FBI’s Russia investigation on the heels of Attorney General
William Barr’s move to dismiss the charges against Trump’s first national security adviser, Michael Flynn, whose guilty plea was secured by Mueller’s team. The charges against Flynn are the latest source of controversy over the FBI probe, as former acting Director of National Intelligence Richard Grenell declassified documents that Trump and other Republicans have claimed show the Obama administration was targeting Flynn.

Democrats have dismissed the investigations as an election-year effort to boost Trump’s reelection bid and rewrite the history of the Mueller investigation.

“Contrary to the President’s claims, IG Horowitz found no evidence of political or anti-trump bias in the Crossfire Hurricane investigation,” said Sen. Dianne Feinstein of California, the top Democrat on the Senate Judiciary Committee. “IG Horowitz confirmed that none of the FISA errors his investigation uncovered call into question ‘any part of the special counsel’s report.'”

Rosenstein, who is testifying voluntarily, was not present for the start of the Russia probe in July 2016, but he signed off on the third renewal of a FISA court warrant approved for Page — warrants that the inspector general concluded were undermined by significant problems.

The inspector general report
outlined 17 “significant inaccuracies and omissions” in the four applications for the Page warrants in 2016 and 2017, including the use of an opposition research dossier on Trump and Russia. But Horowitz also found the FBI investigation had been properly started, with enough predication to probe suspicious ties between people associated with the Trump campaign and suspected Russian agents.

Rosenstein told the inspector general he did not recall the details of the briefings he had received on the Page warrant or those he was given about the opening of the Crossfire Hurricane investigation. He said he “did not have an opinion about” whether there was sufficient information to open the probe.

“I’d like to know from him, was he misled?” said Sen. Josh Hawley, a Missouri Republican on the Judiciary panel. “Let’s find out what he did, and what he actually was briefed on, what he was aware of.”

Many of the major events of the Mueller investigation happened on Rosenstein’s watch, so Wednesday could become a comprehensive revisiting of the FBI’s and the Mueller team’s work.

Rosenstein oversaw the Mueller investigation for almost two years, from his May 2017 appointment of the special counsel — following then-Attorney General
Jeff Sessions’ recusal from the investigation — until Barr took office in February 2019, the last full month for Mueller’s work.

It was Rosenstein’s directive in Mueller’s initial months, too, that outlined how the special counsel should investigate whether Page, Manafort and foreign-policy campaign adviser George Papadopoulos colluded with Russian government officials. Mueller’s team did not find evidence of any conspiracy between Trump’s associates and Russia, but he did conclude that those inside and associated with the Trump campaign had welcomed and encouraged Russian activity they thought could help Trump win.

Rosenstein
has maintained even since his departure that Russians interfered in the 2016 election and will likely continue to in 2020.

Rosenstein also became a major witness to the other half of the Mueller investigation: documenting the President’s attempts to obstruct the probe. Trump was not charged with obstruction after Barr and Rosenstein reviewed the Mueller report, Barr told Congress after he received Mueller’s findings.

This story has been updated with additional developments Wednesday.