The day was marked by manifestations of solidarity with the victims’ families and critics of the federal government. Many Twitter users marked their messages with the hashtag #100thousanddeaths. In Rio de Janeiro, the NGO Rio of Peace placed a hundred crosses in the sand and showed a poster asking: “Why are we the second in number of deaths?”

Bolsonaro has downplayed the coronavirus crisis for months, deriding it as
a “little flu” and refusing to wear a mask in public even when it was encouraged by his own health ministers and ordered by a judge.

As cases began to grow in March, and state governors began to act to contain the spread, Bolsonaro argued that the economy could not be sacrificed for the sake of public health.

He criticized unpopular quarantine and shelter-in-place measures, hugging supporters at rallies without a face mask, while encouraging people to continue work and boosting the unproven drug chloroquine as a cure. 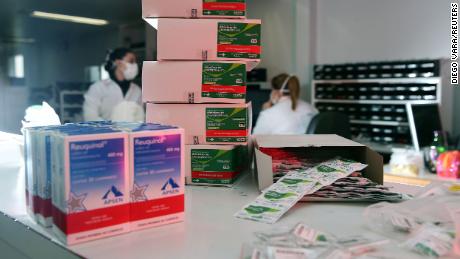 Bolsonaro has clashed with his health ministers, losing two in a span of a month, and choosing a military general with no background in medicine or public health to take over the role.

Bolsonaro tested positive for the virus in July as cases were skyrocketing in the country, and the healthcare system in several states became stretched to the limit.

On Thursday, Bolsonaro said on Facebook Live: “The number [of Covid-19 deaths] is reaching 100,000. We are going to get on with life and look for a way to get away from this problem”, said

Getting on with life, however, has not been easy for Daniel Gustavo Veloso, a 34-year-old businessman who lost his father to Covid-19. 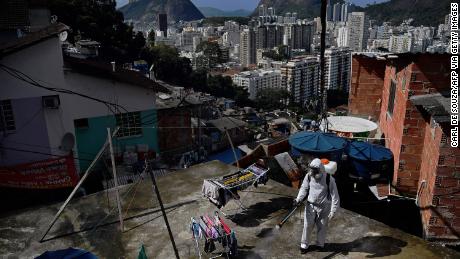 “You don’t know how painful it is to arrive at the hospital and see your father inside a black garbage bag, with just the face out of it,” Veloso told CNN.

Veloso’s father, Victor Manuel Veloso Mendez, lived in Caxias do Sul, a city in the countryside of Rio Grande do Sul State, one of the current epicenters of the coronavirus in Brazil. Despite being elderly and suffering from high blood pressure and diabetes, Victor didn’t want to use a mask. 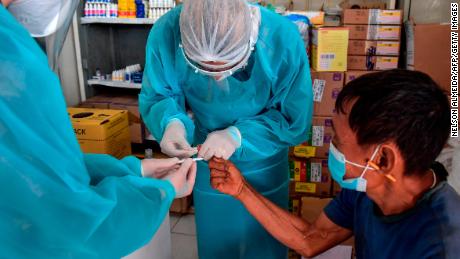 According to Veloso, Victor was a fervent Bolsonaro follower. “He used to say things like ‘the virus won’t attack me, it doesn’t exist, it is something created by the media, by the communists, God will help me, it is just a little flu,'” Veloso said..

When his father realized the seriousness of the disease, it was too late. “When he arrived at the medical unit his oxygenation was already very low,” Veloso said. “He called my mother crying desperately and begging ‘don’t leave me alone, don’t let me die.’ It was the last contact we had with him.”

Victor was intubated and died nine days later, on June 19, at the age of 64.

The psychology of the pandemic is important in Brazil. According to Gisele Gus Manfro, a psychiatrist and professor of the psychiatry in Porto Alegre, the way the deaths are presented — as numbers without a face — and the sensation of powerlessness against the virus are generating a “trivialization of barbarism” in the country.

“The unknown is very scary, and at the first moment, people react to that with many symptoms like stress, anxiety, and depression. But after a certain moment it seems to happen a kind of denial … maybe to defend themselves from a feeling of impotence,” she said. 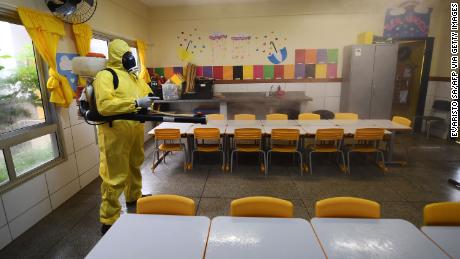 Disinformation has also played a part.

Alexandre Cunha, an infectious disease specialist at Brasilia University Hospital, in the country’s capital, said, “Disinformation has been very bad for us doctors. Every day we have to deal with a relative questioning the treatment or a patient asking for drugs that do not have been scientifically proven like hydroxychloroquine.”

“[It] feels like people got used to the idea that they can’t escape from Covid-19. The country still has to deal with a high number of deaths and people seem numb about it,” Cunha said. 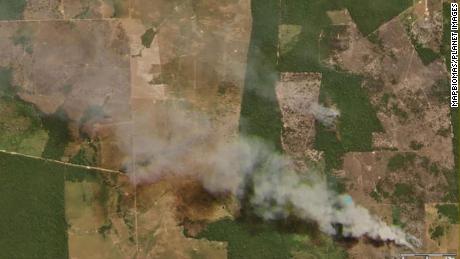 Brazilians have used the internet to create a network of affection and support. The Support Network Host Group Covid-19, for example, has 8,000 psychologists and psychiatrists who provide free virtual care on loss and absence.

And the website Inumeráveis, created to honor Covid-19 victims with individual tributes, is based on the premise that “there are those who do not like to be numbered; people deserve to exist in prose.” All the posts are prepared by volunteer journalists who use a questionnaire answered by friends and family at the time of registration.

Gabriela Veiga, who works as a social media specialist for Inumeráveis, notes that the absence of a proper goodbye ritual, imposed by the pandemic, makes it even more important to talk about the ones who lost their lives.

“To talk about their loved ones in a celebratory way, remembering funny moments with that person, for example, helps to improve the mourning process,” she told CNN.