Latest News
Home /A tiger at the Bronx Zoo tests positive for coronavirus
The 4-year-old female Malayan tiger tested positive after developing a dry cough and is expected to recover, the Wildlife Conservation Society’s Bronx Zoo said in a
news release.
Samples from Nadia were taken and tested after the tiger — and five other tigers and lions at the zoo — began showing symptoms of respiratory illness, according to the
United States Department of Agriculture (USDA). No other animals at the zoo are showing symptoms. 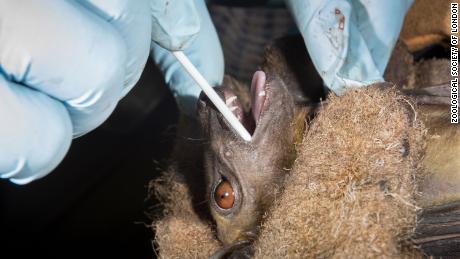 “Though they have experienced some decrease in appetite, the cats at the Bronx Zoo are otherwise doing well under veterinary care and are bright, alert, and interactive with their keepers,” the zoo said.

“It is not known how this disease will develop in big cats since different species can react differently to novel infections, but we will continue to monitor them closely and anticipate full recoveries.”

The animals were infected by a zoo employee who was “asymptomatically infected with the virus” while caring for them, according to the zoo. The Bronx Zoo has been closed to the public since March 16.

Anyone sick with the coronavirus is being advised to minimize contact with animals, including pets, until more information is known about the virus, the USDA said.

CNN’s Aaron Cooper and Sarah Jorgensen contributed to this report.