15 items in this article
7 items on sale!

We write about hundreds of products a week. Here, in our version of the Sunday circular, we’ve plucked out some of our favorites — expert-recommended essentials, life-changing stuff you didn’t know you needed, newly-launched gizmos, and the very good deals we uncovered while trolling through the vast online-shopping universe this past week. 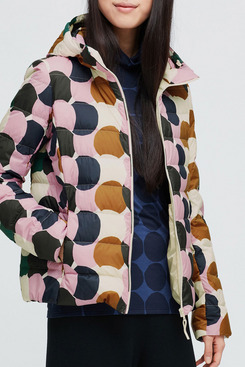 New to the shelves at Uniqlo is the retailer’s latest collaboration with Finnish design house Marimekko. This collection is “particularly exciting,” we wrote, “because the Finnish design house’s bold, graphic patterns are appearing on some of Uniqlo’s most popular winter gear — like the ultralight down parka.” That’s why we think the stuff won’t be on Uniqlo’s shelves for long — and why we said don’t dillydally if you like it. No, he doesn’t use it on her. But Mario Dedivanovic — the man Kim trusts with her face for red carpets and magazine covers (like ours) — told us this is the electric shaver he trusts when it comes to his own face. “There’s absolutely no pain, no in-growns, no scraping,” he said of the grooming tool he can’t live without. “I also love that I can flip this over ,and on the other side there’s a flat trimmer that I can use to clean up my mustache.” 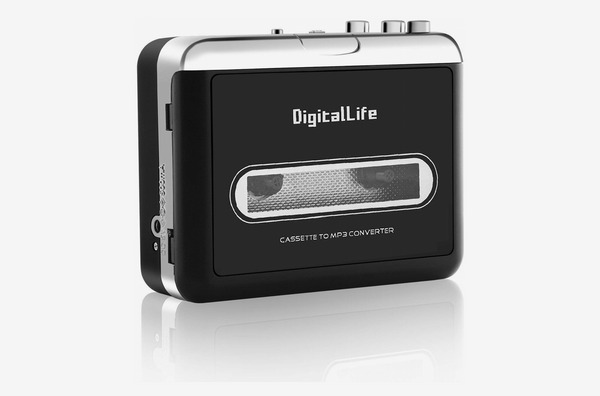 “This recorder is something any old Head would love to have,” according to Aaron Schafer, a host of the No Simple Road podcast beloved by Dead and Company followers. Schafer further explained its appeal to writer Louis Cheslaw in our story on the best gifts for Deadheads, saying: “All of us fans have old bootleg cassette tapes in a box collecting dust. This little gadget allows you to convert those old bootlegs to MP3 on a USB drive.” 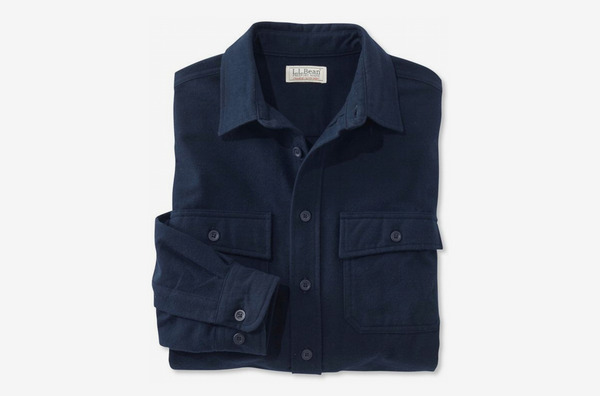 When Chris Black got a question about sturdy but stylish workwear from from a reader he described as “a REAL MAN who works with his hands,” this L.L. Bean flannel was the first thing he recommended. Said our columnist: “L.L. Bean’s thick 7.5-ounce navy flannel chamois shirt is warm and double-stitched for toughness. You could even add a monogram!” In the last three months, Etsy has seen a spike in searches for dumpling-inspired objets, according to the retailer’s trend expert, who spoke to junior writer Chloe Anello about the most popular home décor trends to gift this season based on Etsy’s shopping data. But the desire for decorative dumplings is not relegated to Etsy shoppers, says Anello, who notes such products have popped up at big-box retailers like Urban Outfitters, where you can get this lamp that she calls a “fun, lighthearted, and unusual gift.” In a special Black Friday installment of Your Shopping Cart, we revealed the 10 most-purchased items by our readers on that day (and that day only, despite some retailers’ seemingly month-long sales). At the top of that list was this trio of lip balms from Glossier, that cult-favorite and Rio-approved brand that folks can never seem to have enough of. The customizable set’s price has since increased, but still, it’s pretty reasonable for a three-fer. 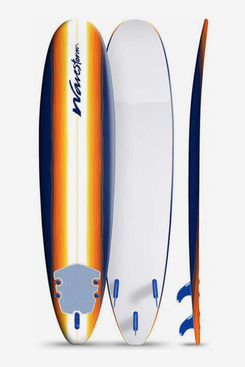 At the recent sample sale for the designer beloved by “Sky Ting devotees, BKLYN CLAY members, and various actors from Greta Gerwig–directed films,” we asked shoppers what sorts of gifts they want this year. “I’ve always wanted to surf,” filmmaker Taylor Roy told us. “I think I’ll just buy myself a longboard; my family decided that we’re not getting each other gifts.” 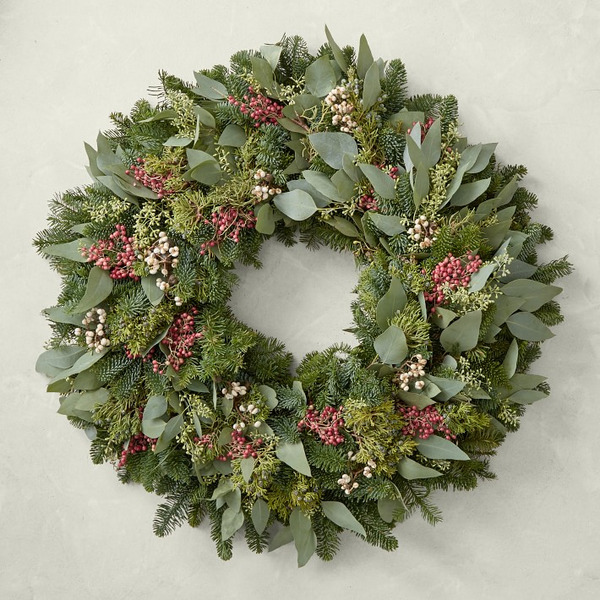 Eucalyptus wreaths are another popular giftable home décor trend, according to Etsy’s pros, who told us the plant’s smell “really allows you to feel calm and grounded.” This not-too-expensive Williams Sonoma wreath from our roundup of the best, interior designer–approved wreaths not only has fresh eucalyptus, but also noble fir, pink pepperberries, white tallow berries, and blue juniper berries to give it lots of color and texture. 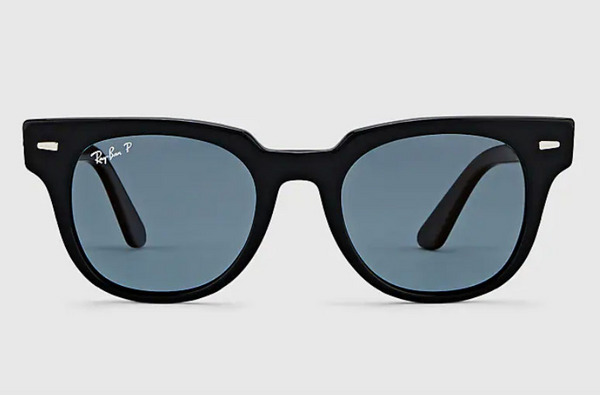 In our ongoing coverage of the Barneys Liquidation Sale, we recently discovered lots of Ray Bans on sale for up to 30 percent off. But of all the discounted styles available, our favorites are these Meteors because, as we said, they “feel especially current.” “Boyfriend left me for his ex, and I needed something to cuddle with while binge-watching Game of Thrones,” said one customer of this body pillow, who described its cuddling ability in one word: “great!” But the body pillow, which appears in our roundup of the top-rated ones on Amazon, isn’t just a stand-in for significant others. Another reviewer wrote that, on her daughter’s “first travels without me … it helped her sleep soundly in the hotel with her grandparents. She calls it her ‘mommy arm.’” If you’re wondering, this reviewer notes that, yes, “the shirt comes off for easy washing.” 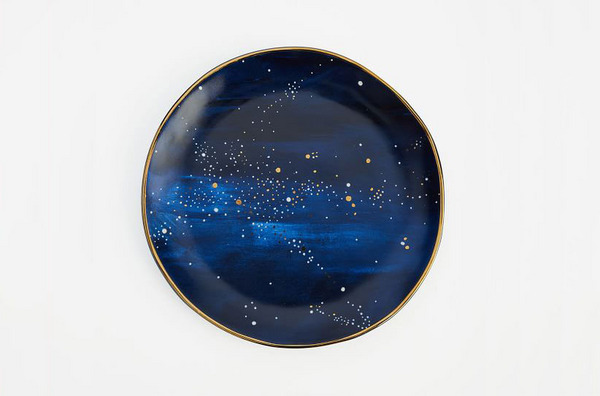 When we asked astrologers about the best gifts for astrologers (or those friends or family members who won’t shut up about Co-star), the suggestions ranged from over the top (a $1,200 set of crystal singing bowls) to surprisingly practical (a roomy leather work tote that’s stylish enough to double as a purse). Somewhere in the middle are these moody, celestial plates that astrologer Katie Sweetman called “gorgeous and on-brand.” Technically, this mug appeared in our list of the best gifts for teachers, though it certainly seems up the alley of astrology-lovers, too. As Queens-based, eighth-grade science teacher Regan Marin told us: “All teachers have two things in common: We all need coffee and are generally nerds.” She directed us to the star-themed mug, which is temperature-sensitive, with the constellations appearing when you get it hot. When it was on sale for Cyber Monday, Rio said she was buying this towel in bulk. “The turban truly — and I’m not being dramatic — changed my life. It’s made with something called ‘Aquiflex fiber,’ a fabric that not only dries hair in less than half the time it takes your standard cotton towel to, but is so soft and gentle that it causes no additional frizz.” If you didn’t get one that day, we are happy to inform you that its price hasn’t gone back up — yet. 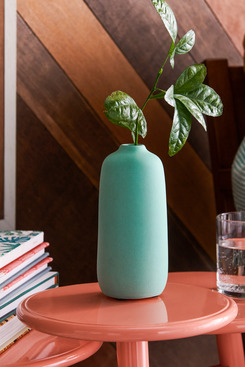